This week we ran the Glass Blowing Photo Safari.

It was a welcome warm spot in Ottawa’s cold week! Furnaces and kilns kept us warm as Melody of Flo Glass Blowing heated the place up with glass blowing demonstrations for the group. 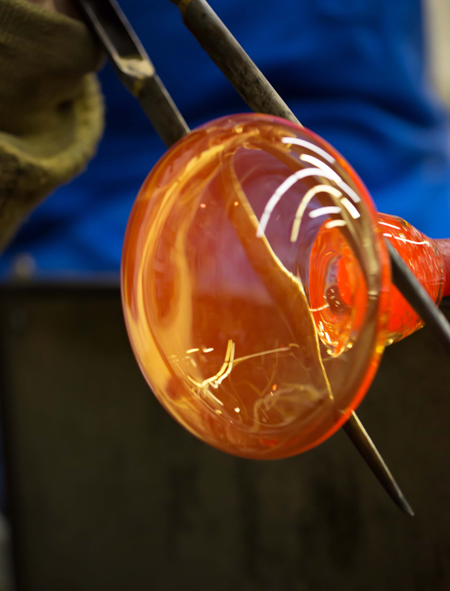 The safari was well-received:
“Had a blast taking these shots! Special thanks to Harry to organizes the Best Photo Safaris.  I know Harry, ‘Get Closer’.” Cheryl K.

“I had fun and learned a few things, it was a fairly challenging environment.” Gord L. 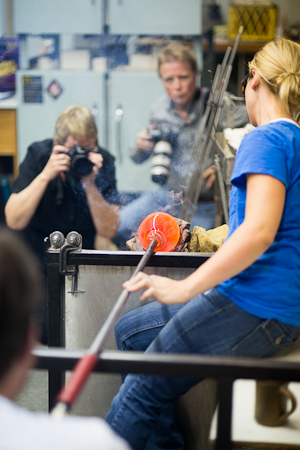 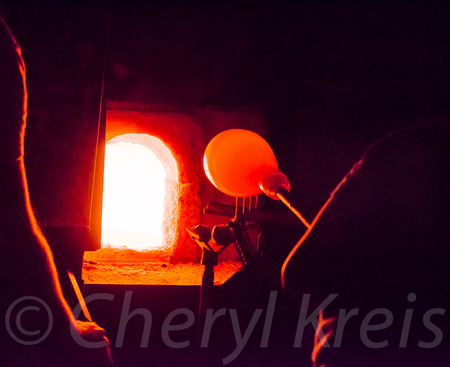 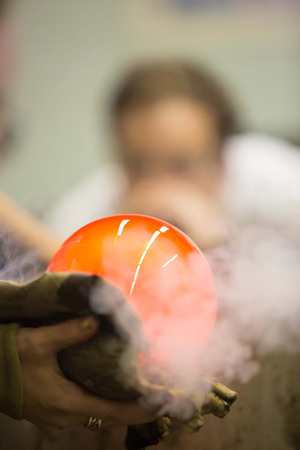 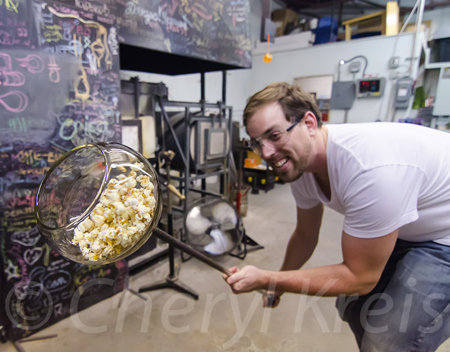 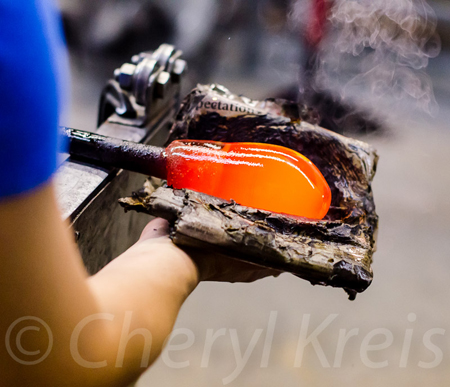 On our Facebook page we offer photo tips a few times a week. They are designed to give you a little inspiration, motivation and incentive to get you shooting and trying new fun!

• Photo Tip #99 – Shooting outside for a long time? remember the vapour barrier liners and the extra big outer coat for when you stop to shoot!! More…

• Photo Tip #94 – Try shooting within 3 feet of your subject. Wide angle lens helps. Try it for a whole day. Be careful out there!

• Photo Tip #79 – poor weather often makes for the best photos. Bundle up, be safe and se what you can do!

The entries are flowing steadily in both the celebrity and public parts of the “Why I love Ottawa/Gatineau” photo contest.

Recap:
Celebrity and Media Contest
We invited celebrity and media to participate in the contest and they have until TODAY to submit their entries.

We’ve already taken in some beauties and can;t wait to see the rest.
Contest sponsors will print and present the photos for an exhibition and silent auction at Ottawa Studio Works on Saturday, February 23rd.

Public Contest
We also invited YOU, the public, to share your views of why you love Ottawa Gatineau. The entries are steadily coming in.

You have until February 16th to submit work to the official contest site – www.facebook.com/OttGatLove. The photo with most votes (you can vote everyday!) wins a spot in the celebrity exhibition!! (high res file needed.)

Join the fun!
Enter your photos.
Vote.
Join us for the exhibition and fundraiser for the Ottawa Food Bank!
Follow the fun on Twitter – #OttGatLove

This week we launched Boost your Creativity with Louise Tanguay. Treat your eyes to some of Louise’s photo work! 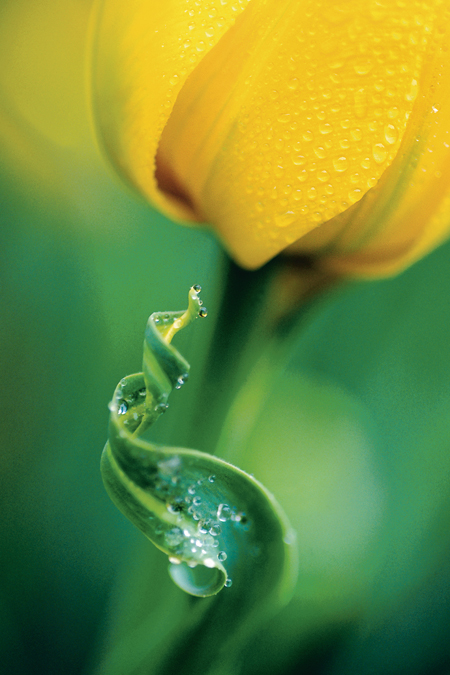 Tulip Photo Workshop
This mini workshop allows you to soak up the world renowned expertise of Louise Tanguay while shooting one of the finest displays of tulips in North America. Louise’s macro and garden photography has taken her to Hawaii, Europe and throughout Canada. 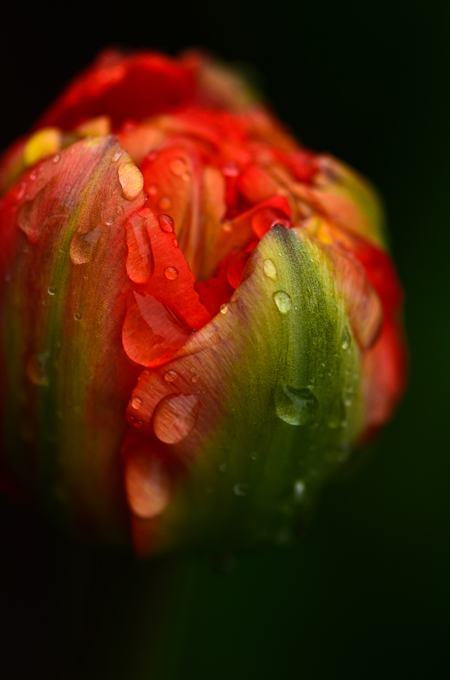 Looking for more than an appetizer in photographing flowers, bugs and other fine work? Consider the Macro Photography with Louise Tanguay.

Spend three sessions with Louise to take your photography to a new world. 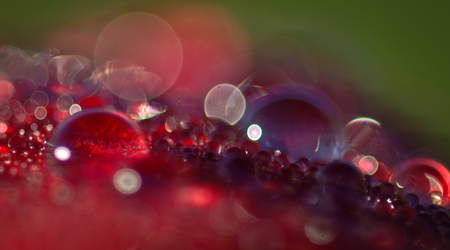 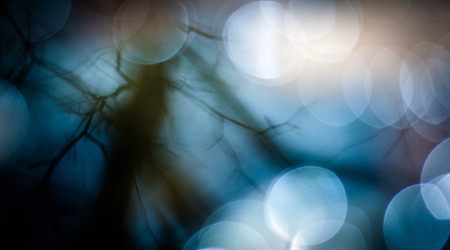 Boost your Creativity with Louise Tanguay!

Louise Tanguay, who ran our Macro Photo Workshop last year is running a mid-week workshop to help you boost your creative juices. It combines a photo course with a photo exhibition open to the public!

Dates
April 8th to April 11th during the day.

Cost
$475 plus HST – minimum of 6
Included are 4 days of instruction and assignments and preparation and participation in a photography show open to your family, friends and the public!

Course Instructor:
Louise Tanguay is predominantly a landscape photographer specializing in capturing subtle beauty. Her photo work has been featured in many magazines around the world. She has many photo books to her credit including two coffee table books – ‘Flora’ and ‘Natura.’

It’s time to get clicking!

On Sunday we launched the Celebrity, Media (and Public) Photo Contest to raise funds for the Ottawa Food Bank. The event took place at Patrick Gordon Framing (thanks Patrick!) 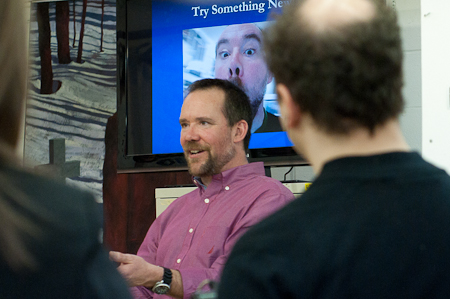 The theme is “Why I love Ottawa Gatineau.”

Ottawa celebrities, media and public arrived to pick up their packages and listen to our presentation of top photo tips to help them succeed in the contest and, really, help raise awareness and funds for the Ottawa Food Bank. 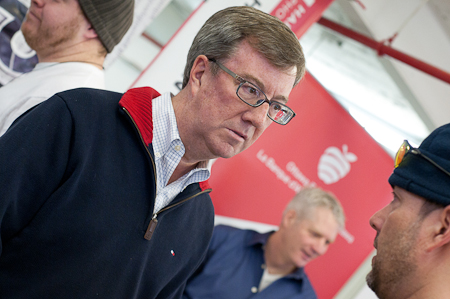 After the photo tips Allison Burnett, Professor of a digital marketing course (“Marketing: New Tools & Approaches“) at Carleton University, introduced the public photo contest that will run alongside the celebrity challenge. 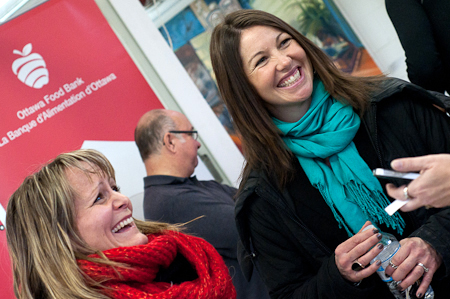 Anyone can enter online (via Facebook) and can also vote or ‘like’ their favourite photos. The photo with the most likes wins a spot at the final exhibition alongside the celebrity and media photos at Ottawa Studio Works on February 23rd. All photos in the exhibition will be auctioned off to raise funds for the Ottawa Food Bank. 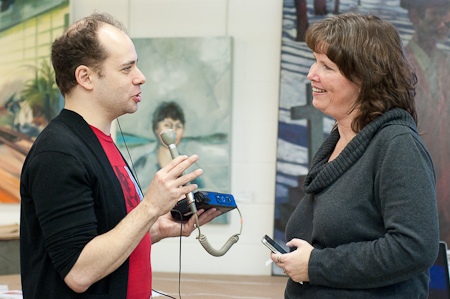 To enter the contest visit and like this page:
https://www.facebook.com/OttGatLove
… and click on the camera symbol to vote or upload photos.

So, GET CLICKING!
Enter often.
Vote.
And tell your friends.

You have until February 16th to enter!!

A big, BIG thank-you to Morina Reece, photo course and ProProgram Graduate and  for providing the photography for the event!! 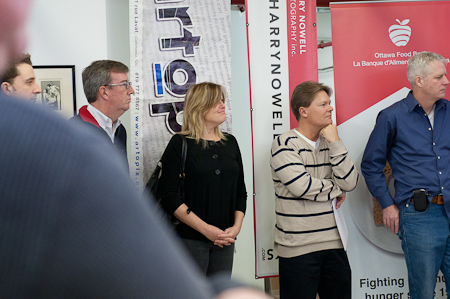 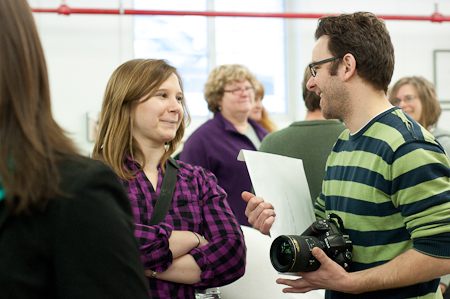 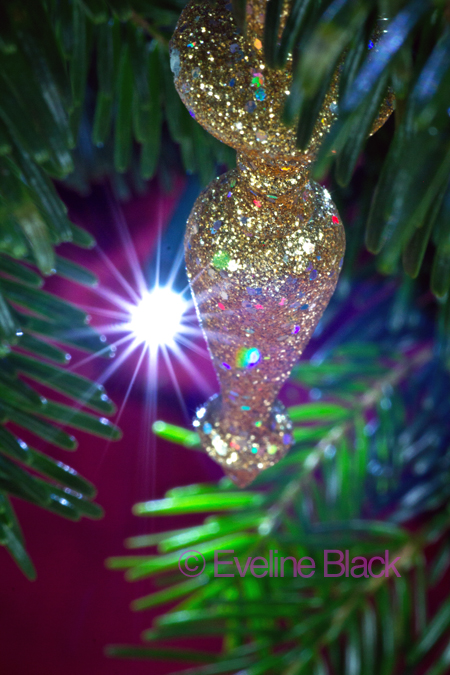 Our Online Photo Class continues to get good reviews and good photo results.

Last month members were challenged to create Festive Photos. Part of their challenge was to create what that meant! It was more of a creative challenge than a technical one which is often tougher as their is no formula.

As usual the photos surprised me with a mix of lights, people and magic. 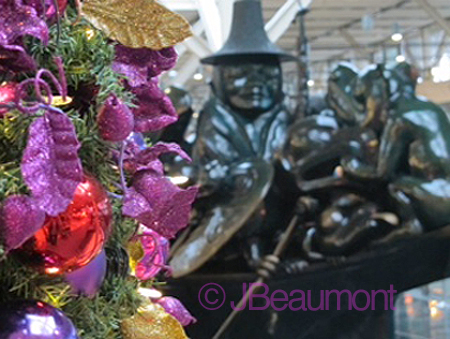 Members worked hard and stretched their limits. One member sent this today:
“Thank you for the push to see everyday things and then turn them into something creative…  I think that the greatest challenge for me was taking the time just to slow down,  think and to really see what is in my day to day environment.”

If your photography needs a push join our Online Photo Program.

This month members are working on a very technical challenge that often confounds even experienced amateurs – getting whites to be white. I’ve seen a few good early results – their photo submissions are starting to come in. 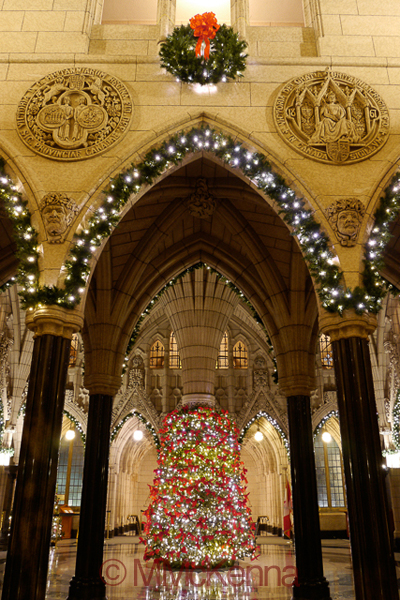 We’re lucky! Yes we are. 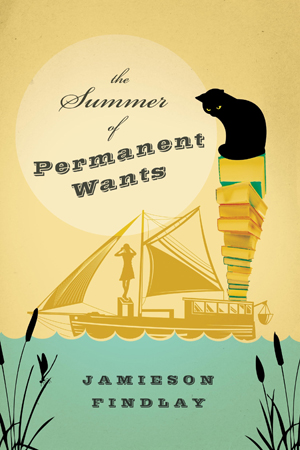 Admision is free but we are accepting donations to cover the event. 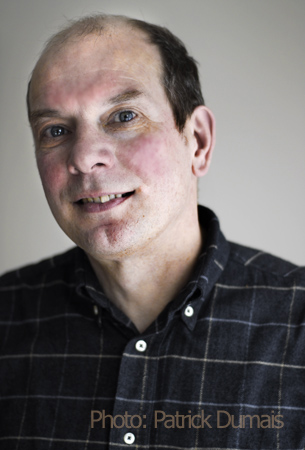 Last week we announced a project we have been working on since the fall last year.

In support of the Ottawa Food Bank we are raising money through a Media and Celebrity Photo Contest. We have many loved Ottawa personalities including the Ottawa Citizen’s Peter Simpson, CBC’s climatologist Ian Black, CTV’s News Anchor Graham Richardson, BobFM’s SandySharkey and many more.

Two Spots to the Public
We offered two spots in the main contest to the public and invited people to submit a short response as to why they should be in the contest.

The response by email and blog comment was, erm, excellent and we had a tough time choosing the two participants. But in the end we chose two very fun people:

The New Contestants!
Allison Burnett – Professor of a digital marketing course (“Marketing: New Tools & Approaches“) at Carleton University. Allison was excited about the contest as well as including her students as an exercise to help their skills (and help the Food Bank.) Wow!
Danielle Donders – Social media program manager for a big Canadian government department and blogger, mother, photo fan. She loves photography and also talked about the opportunity to help the food bank.

Your response was great! It was a tough choice to select the two spots available.

Why did these two people win the lucky spots? They were both interested in the photo side but both were interested in helping people – the Food Bank and students. Also, they both have the ability to spread the word wide and bring more support to the Food Bank.

Now, because we had such good response, we’d like to add an online-only part of the contest. This will be open to the public.

How to Participate in the Online Contest
People may join us for the launch on January 20th to hear the photo tutorial. There are photo tutorial packages and technical guidelines for the 15 participants of the Media and Celebrity portion of the contest.

We will also be giving out Top Photo Tips to anyone interested (while they last) in the online public contest. People may submit photos to the online contest from January 20th to February 16th. “How to Participate” details will be released at the launch and online January 20th onwards.

Congratulations to Allison and Danielle!!

Yep, we’ve got another graduate from the ProProgram that we’re cheering!!

I first met Morina Reece on our Natural Light Portraits photo class. She was keen to learn as much as possible about photography and people. She then joined the ProProgram which accelerated her learning – not only from a photo aspect but also from a post processing, business, and client aspect. 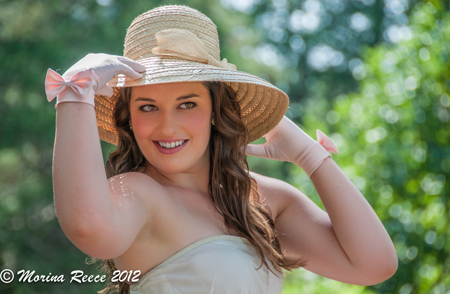 But enough from me. Hear what Morina has to say:

“The ProProgram has been a delightful, adventure!!  Harry’s mantras of “get it as right as possible in the camera” and “do something different” has guided all my photography work and to some extent my personal and professional life!

The ProProgram offered me technical, creative, and business resources, advice, guidelines and encouragement. Most importantly, it provided me with a network of photographers (friends) who were and still are exceedingly generous with their time, guidance, and support. They cheer, motivate and provide me with much needed honest and critical critiques of all aspects of my photography business, not to say anything of the many fun times we have together! 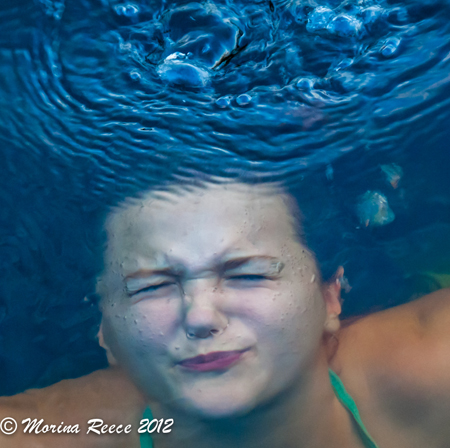 "Do something different" - © Morina Reece

The ProProgram brought me from a fledgling amateur to a confident, competent photographer. Although I am graduating, the ProProgram will always be a part of my life, building and reinforcing my photography skills and passion for photography.

Thanks Harry and the gang!”

Thanks Morina! I am proud of you!!
Please join us in cheering for Morina’s work and success in photography. 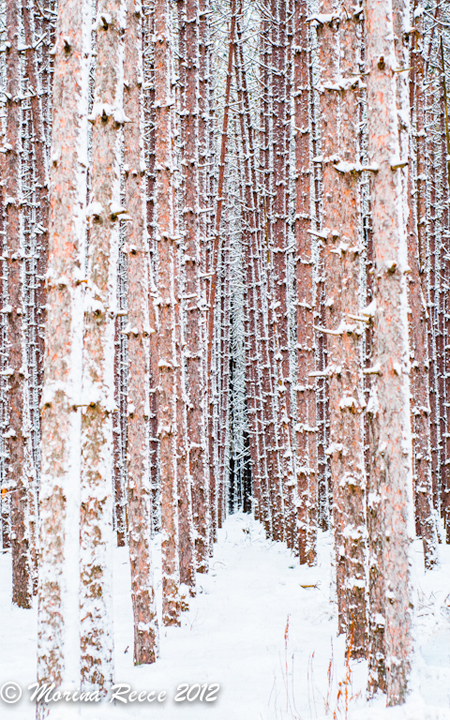