“17 yrs ago, I had little patience for a boy named Cedric. He was defiant and belligerent. He was what we called, “hard.” One day in my office, I asked him what his challenges in life were. He said, “I don’t have anyone to take care of me.” This is a moment I will never forget.” Danny Steele (@SteeleThoughts) 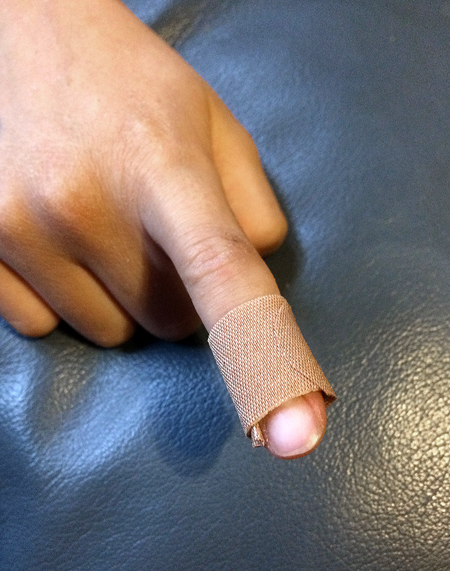 True power of a band-aid

Most teachers keep a pack of “band aids” close at hand. Little scrapes, scratches or boo-boos can send students in need of the healing power of a band-aid. The true healing goes beyond the scratch…

So often, I find students like Cedric need emotional support or caring. The application of a simple band-aid provides the initial caring and support sometimes missing in a student’s life.

I worked with a young student – “Peter” – who ‘trashed’ his class, twice, causing his main teacher to evacuate students.

What triggered his rage? With some digging we found the boy had a tough home life. His mom was gone. His life was unsettled and he craved attention, love and security – the lower layers of Maslow’s hierarchy of needs.

Peter’s homeroom teacher was worried he was falling behind academically. However, he could not progress academically without developing a stronger base layer from which to grow.

Many people take a hard line with students like Peter (and Cedric.) “Conform, or else.” Their behaviour, however inappropriate, is often a cry for help. A hard line of consequences can add to the hidden challenges and trauma that lead to greater problems we sometimes see as tragic headlines in the news.

What is often needed is a “band-aid.” Someone to listen, teach coping skills and build resilience so the student will start climbing towards success.

With Peter, the school support team came together. We helped him develop the social skills and resilience he needed. When I first met him he clung to me physically – craving attention. As he developed new skills he started ignoring me. That’s a good sign – it means he was finding the attention, love and security in a more appropriate way. As he develops Maslow’s base layers he will be ready to learn traditional academics.