I was paralyzed on a rock wall, not by the difficulty of the climb, but by the fear of falling. What if I made a mistake? Would the ropes save me from pain or death? I could not go up because I could not face falling (and failing.)

The Downside of Success
Recently, I attended a STEM conference with a small group of students that regularly achieved exceptional successes. Their small team was pitted against similar teams of students. After the morning’s challenge I reacquainted with our team. One boy grumbled “We needed a chemist on our team…” Translation: “We didn’t do as well as I wanted. I am disappointed.”

He always did well. It was expected. He didn’t know how to cope with failing (or even not excelling)… 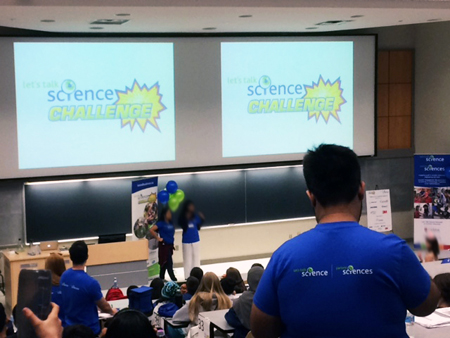 Learning to struggle
In 1984 I wrestled my way through Grade 10 Electronics. I regularly got stuck & frustrated. I pushed my way to a lack lustre average-ish mark. My teacher recognized my struggles.

One day he came up to me and pointed to the students that, today, are likely brilliant electrical engineers. He said “They’re really smart. This is easy for them. One day, though, they’ll get stumped and they’ll be in big trouble… You, Harry, are learning a valuable skill – to challenge yourself to get through tough work…”

Life has thrown me many first world challenges – small business challenges, technological disruptions, loss, grief, etc. That tough electronics class was an early lesson on how to get through tough times.

Learning to Face Challenges
Similar circumstances affect students in the classroom. I’ve seen students, young and old, who either expect to score at the top or choose not to participate. They’ve never learned to handle mediocrity (being average) or to fail.  Excel or abstain is their way. Why? Possibly fear of failing? Or being seen to not exceed?

A parent told me once their son’s Forest School experiences expanded his horizons enormously. He was the oldest in his traditional school class and an only child. Things came easily to him. But in adversity, he crumbled quickly… Tears flowed, tempers flared and he was quick to quit.

In our class that year he was in the middle of the class, age wise. Skill wise, he was also in the middle. At the beginning of the school year he was afraid to try, quick to quit and his wobbly chin announced the frequent arrival of tears. He wasn’t used to not being the best, easily.

Throughout his school year his defeats were supported, his emotions were coached and he learned how to pick himself up and try again. His smile (and confidence) grew two sizes by the end of the year. 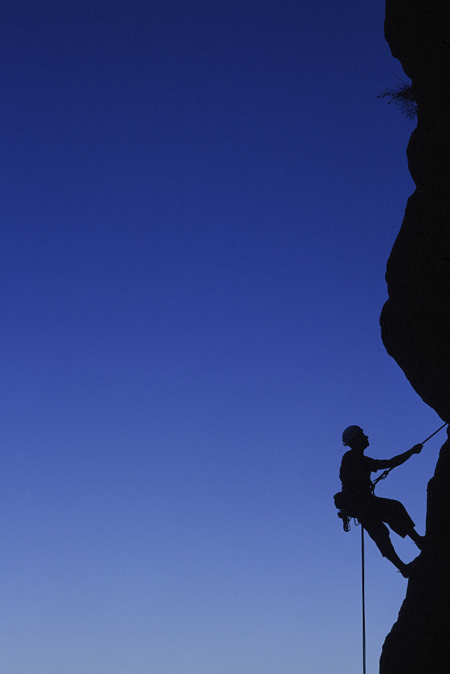 Paralysis
Back to my paralysis on the rock face – a guide gently came to investigate my disabled state. He realized my predicament. He told me to “Allow yourself to fall (fail)… See what happens.”

Trepidatiously, I climbed until gravity peeled me off the granite.
Petrified, I fell.
In that failure, I learned I could climb higher next time.

“Nana korobi ya oki” – Japanese proverb.
Fall down seven times. Get up eight.