It’s been a long time coming – with so many elections in the last ten years this new legislation took some time becoming law but it has now made it through. 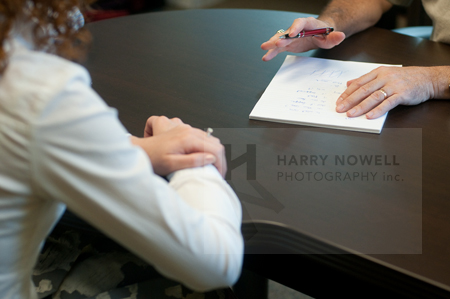 What was wrong with the OLD legislation?
There are many new aspects to the new copyright legislation but the one that stands out for photographers is they retain copyright of the work they produce BY DEFAULT. Other artists have had this right for a long time. Photographers in other developed nations have enjoyed this basic principle for a long time, too! Canada has been behind.

CAPIC says:
“Until the adoption of Bill C-11, photographers were not on the same footing as other creators. They were considered, according to the law, technicians and not artists: when a customer ordered a photo, the copyright belonged to the client.

It was necessary to sign an agreement with the client to ensure the photographer “owned” the rights to the work. This is why CAPIC was created!

Bill C-11 was necessary for the aberration of this old law. Now, photographers are the first owners of copyright works they produce, be it an artistic, personal, or the result of a commission, commercial photographers now automatically own the copyright and moral rights of their work.”

When you buy a music CD or download a music file you are effectively licensing the song(s) for personal use. The artist retains copyright.

For example, your wedding photographer may own the copyright to your photos. It does not automatically mean they have the right to license the wedding photo of you to Coca Cola for use in a Coke ad!

Are you a regular producer of published photographs?
If you are, have a look at Access Copyright – they collect fees related to copyright and enforce copyright while distributing collected funds to members every year. I received my annual cheque today. Yippee!

Our photo studio is starting to shape-up for this weekend’s Open House.

What to expect:
• Student photos! We’ve been overwhelmed with student and instructor photos. All these photos have come from people either teaching or taking our photo classes. Come and see their successes!
• Watershed. See one of the biggest collections we’ve shown from this decade long project.
• Dogs. Sadly (or luckily?) there will be no dogs at the Open House but we encourage you to bring some food or $donations for ALL the furry friends at the WestQuebec SPCA.
• Artwork. There will be artwork on the wall for viewing, discussing and buying. Something for all budgets.
• Greeting cards. We have a growing collection with some new choices this season.
• Photo Classes. Find out what’s coming up.
• Extended Hours. Due to requests we will open the Open House in the afternoon. Bring the family. 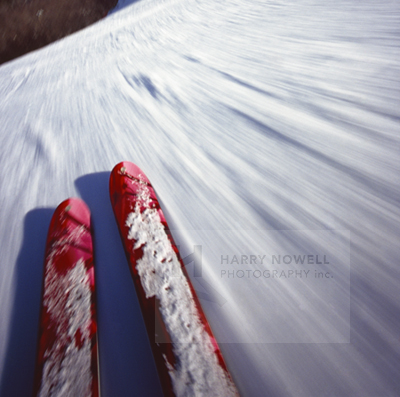 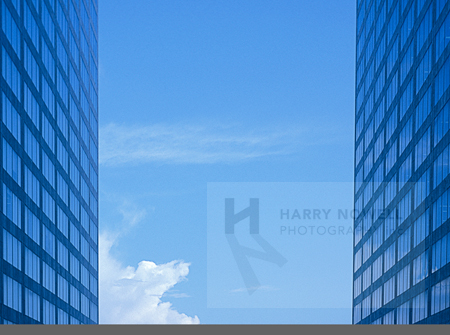 That’s right – we’ve consistently been asked for years about a photo camp for March Break.

Well, we’ve heard you and we teamed with an experienced school teacher who also teaches photography!

Designed for kids 8-12 this course is a week long photo camp during Ottawa March Break. The camp puts smiles on faces as kids:
• learn to take photos with digital cameras
• build their own cameras
• become more creative
• visit a fun gallery
• frame their photo to take home

Learn more (and register) for the March Break Photography Camp in Ottawa for 8-12 year olds.

A little editorial today on the photo blog.

I’ve been working in photo for almost 20 years and have seen some interesting trends.

Traditional Photo
When I started photography was perceived as challenging – people knew skills were needed to produce good work – after all you had to be good to create a photo that you wouldn’t see for hours or days.

Digital Revolution
Commercially accessible digital cameras started hitting the market in the very early 2000’s and camera manufacturers billed them as “EASY.” Quickly photography gained a new popularity as people loved the assurance and immediacy of a preview on the back of the camera.

Changing Workplace
Slowly, there was a shift and the perception of the need to hire a photographer waned. The shift towards DIY created tough times for working photographers.

Assignments dwindled somewhat, the prices of stock work plummeted as the market got bombarded with an over-supply of photos and it became harder to sell work because people were giving it away for free.

It was during this time that our photo workshops started to grow (fortunately!) People wanted to learn – quickly – to take better photos and start businesses. 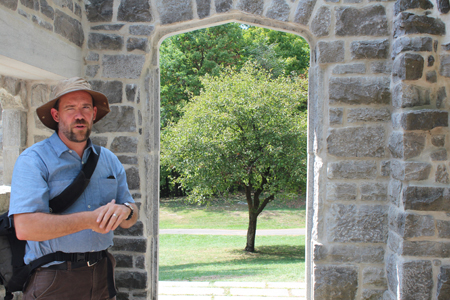 One woman gave me the task to learn “everything there is to know about photography” in two weeks because she wanted to be in business as soon as school let out. Yikes!! I gently  suggested it would take more than two weeks to learn everything.

Questioning Authenticity
Digital has done wonderful things for photography that we could never do before. But there are downsides to every upside…

Remember the kissing couple amid the Vancouver Stanley Cup riots last season? Richard Lam describes how his now famous picture created doubt as to its authenticity. Why the doubt? In this digital age it’s so easy to fake a photo which puts photojournalists constantly on the authenticity hot seat of doubt.

Not so Easy
I am starting to see a trend where people are realizing photography is not as easy as camera companies once billed.

There is a new appreciation for photography and the skills needed to perform. Phew. It’s nice to see the pendulum swing back to a more central place!

Film Resurgence
And there is a growing rediscovery and interest in film. I’ve always loved film and still shoot – especially for Watershed. Film will never come back to the prominence it once had but it is nice to see the appreciation is still there and growing in niche markets.

Dust starts to settle
It’s been an interesting decade in photography with a whirlwind of change. It’s nice to see some of the dust settling. We now have some good digital cameras and more ways than ever to enjoy and appreciate photography. That’s a good thing.

We’re offering the Photographing Pro Hockey workshop in Ottawa again this year. We team up with the Ottawa 67s to shoot a regular season home game at Scotia Bank Place. 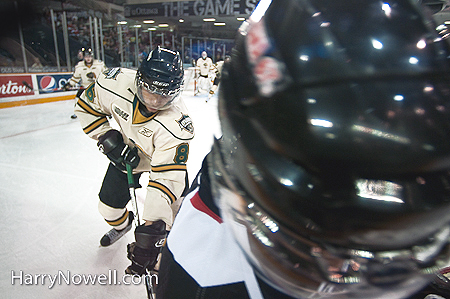 Get close to the action! Ottawa photo workshop - pro hockey

It’s exciting!
It’s fun!
It will test your photo skills in an arena used by the NHL’s Ottawa Senators!

We cover everything from equipment to pre game planning to strategies for maximizing your shooting!

See past photos from the course.

“Harry is a personable and gifted teacher, drawing upon a wealth of photographic and other life experience, and I thoroughly enjoyed the workshop.” Past Pro Hockey Photo Student! 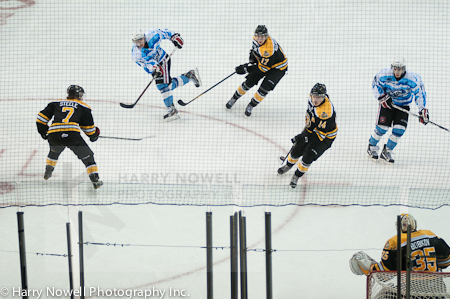 From furnace to finished glass your photo skills will be tested as you face challenges of light, composition and timing the fast paced action in the studio. 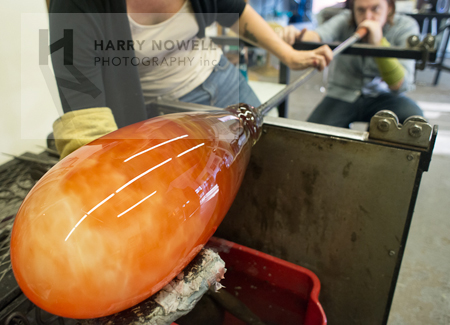 We have arranged to bring photo fans to a glass blowing studio in Ottawa. The action heats up as our hosts build glass art before your cameras.

This safari is most suited to photographers comfortable with setting exposures in manual mode. This photo safari will test your skills! 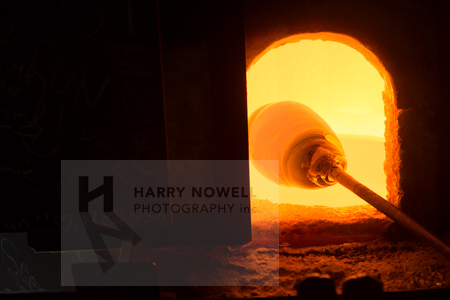 What’s the difference between a photography workshop and a photo safari?
• In  photo workshop, we set up multiple photo sessions to teach specific elements within a photography niche.
• In a photo safari, we bring photographers to a shorter, single session with the emphasis on photo fun offering tips to maximize results. 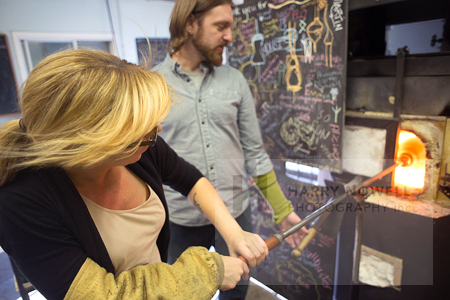 I am in Victoria this week teaching our popular Night Light photo workshop for Luz Gallery.

I’ve been here for a couple of days to get settled and scout locations for the course. I was checking out one location late one evening and encountered a ghostly impression. It was eerily familiar.

We chatted for a short while and I asked if the ghost could bring some friendly friends Friday or Saturday night for the students. I hope he’ll co-operate! 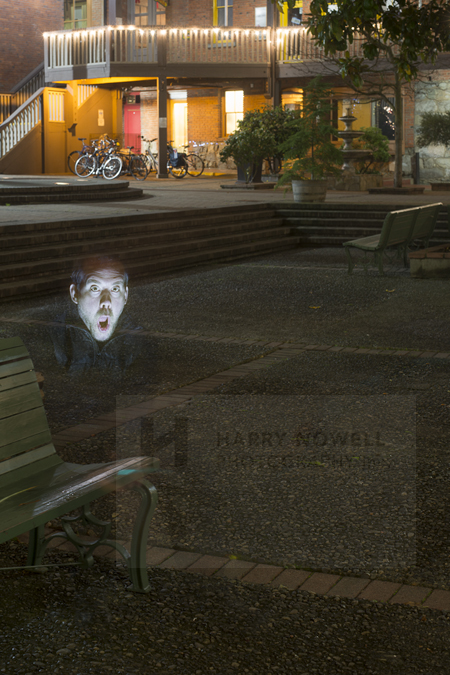 It’s a busy month for art in Ottawa and Chelsea. On the blog today we feature three art events for your viewing fun!

First, some of our Watershed work is featured in Chelsea’s new Art and Culture hub – La Fabrique. A lot of people have worked hard to turn the old Manse into a cultural destination. The show is already up but they are having a big art extravaganza November 24th, 2012 from 5:00 to 9:00 pm.

Second, we will be featuring diverse elements of our work from Watershed, other artwork, greeting cards, recent assignments, and featuring work from our photo students and instructors. Interested in some artwork for your walls? There’ll be work for all budgets.

Third, we’re featured in the Cube’s annual Great Big Smalls. It’s a fun event. There’ll be work for all tastes!!

Please join us at one or all events – it’ll be good to see you!!

Please join me in congratulating Sarah Ruest as she graduates from her ProProgram. I first met Sarah when she enrolled in a bike race safari in 2011 and she quickly decided photography was something she wanted to pursue!

She worked hard to explore many facets of photography from technical proficiencies to underlying style and story behind each photo project. 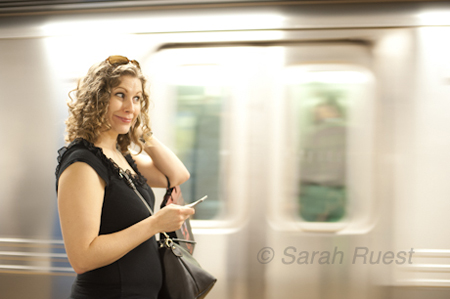 Sarah progressed well over her year in the program and we’re excited to see where she takes photography next! Keep an eye out for her work!

The Program helped Sarah take some big steps in photography. Hear what she has to say:
“I entered the ProProgram with a love of photography, but feeling quite uncertain of how to grow my skills and vision for what was a fun hobby and outlet for me.  I found Harry’s Bike Race Photo Safari and had a blast shooting something different.  I was amazed at how much I learned in this short evening safari, and was impressed with Harry’s transparent teaching style.  I took a few more workshops, and in the fall joined the ProProgram officially. 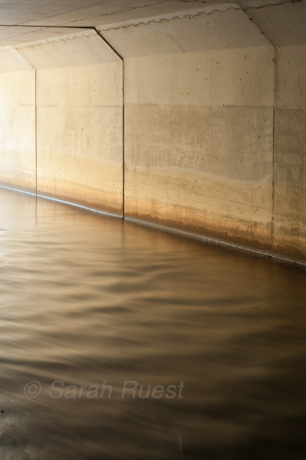 The ProProgram allowed me to gain technical skills and build creative business sense.  Harry’s constant encouragement and advice guided me toward building my vision for how photography fit into my life.  It is the ideal program for anyone, because it is customized to your interests and needs instead of being a boilerplate.

I have a long list of projects to pursue, and hope to have a show someday.  Harry shared all of his experiences and lessons learned in this field, which gave me the confidence I needed to know that I can do anything I want to in photography.  Burned in my mind forever are Harry’s words “Do something different”!“

We’re cheering for Sarah’s next steps in photography.
Congratulations, Sarah!

We’ll keep you posted with tales from ProProgram grad successes!

Interested in taking a giant leap in your photography? Ask us about the ProProgram!

Our 4th annual gift buying guide for your favourite photographer came out this week.

Included are ideas based on:
• What’s hot!
• What’s practical (but less exciting!)
• What’s to be avoided!

Read the gift buying guide and put a smile on your photographer’s face! 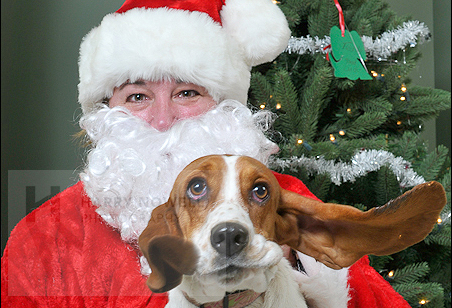 Santa and his reindog are watching!