The whole Watershed project started near this little bridge… The creek runs behind our home and, in 2001, I wondered “Where does the little creek go?” 20 km later I am still following Chelsea Creek with my cameras… 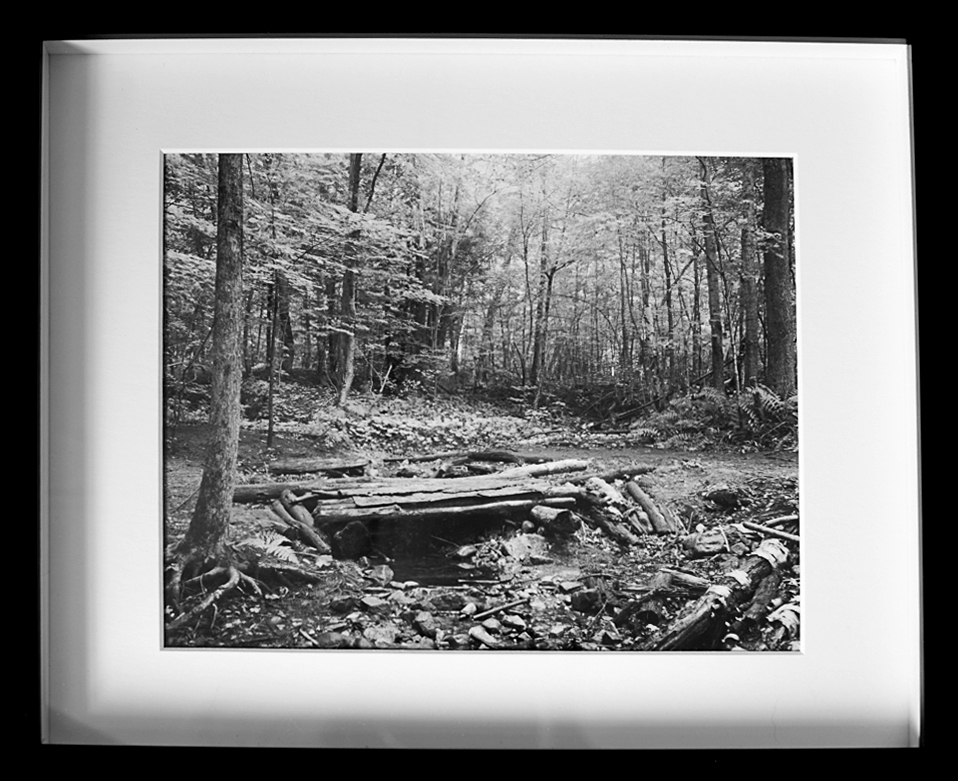 The creek in Chelsea, Quebec that infected me with curiosity for the Watershed project.

Also on exhibit are innovative SunStreaks. Using an old blueprint chemistry I capture the path of the sun directly onto paper mounted inside  a plywood camera. 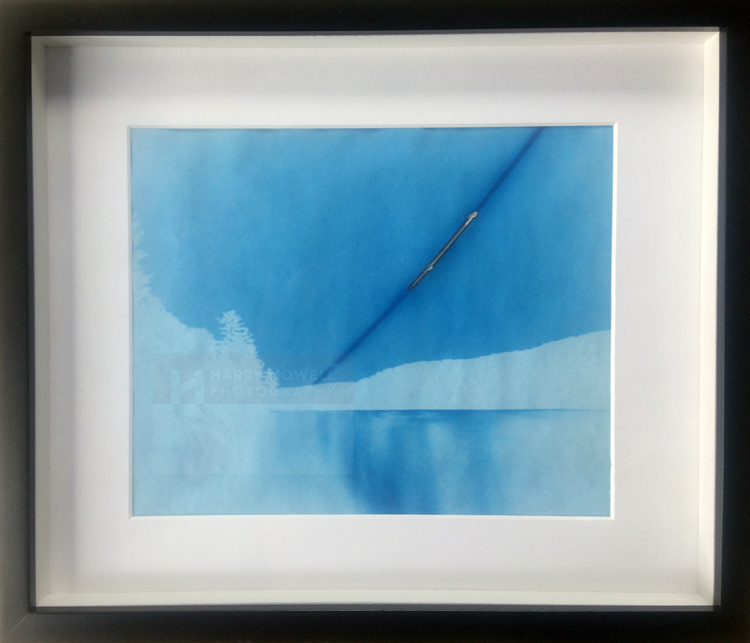 SunStreak – Meech Lake, Quebec. The sun’s path burns a line across the sky (and through the paper!)

Current work for both projects is captured in two cameras – a commercially manufactured 4×5 camera and a home-made, fully functioning 8×10 plywood camera. 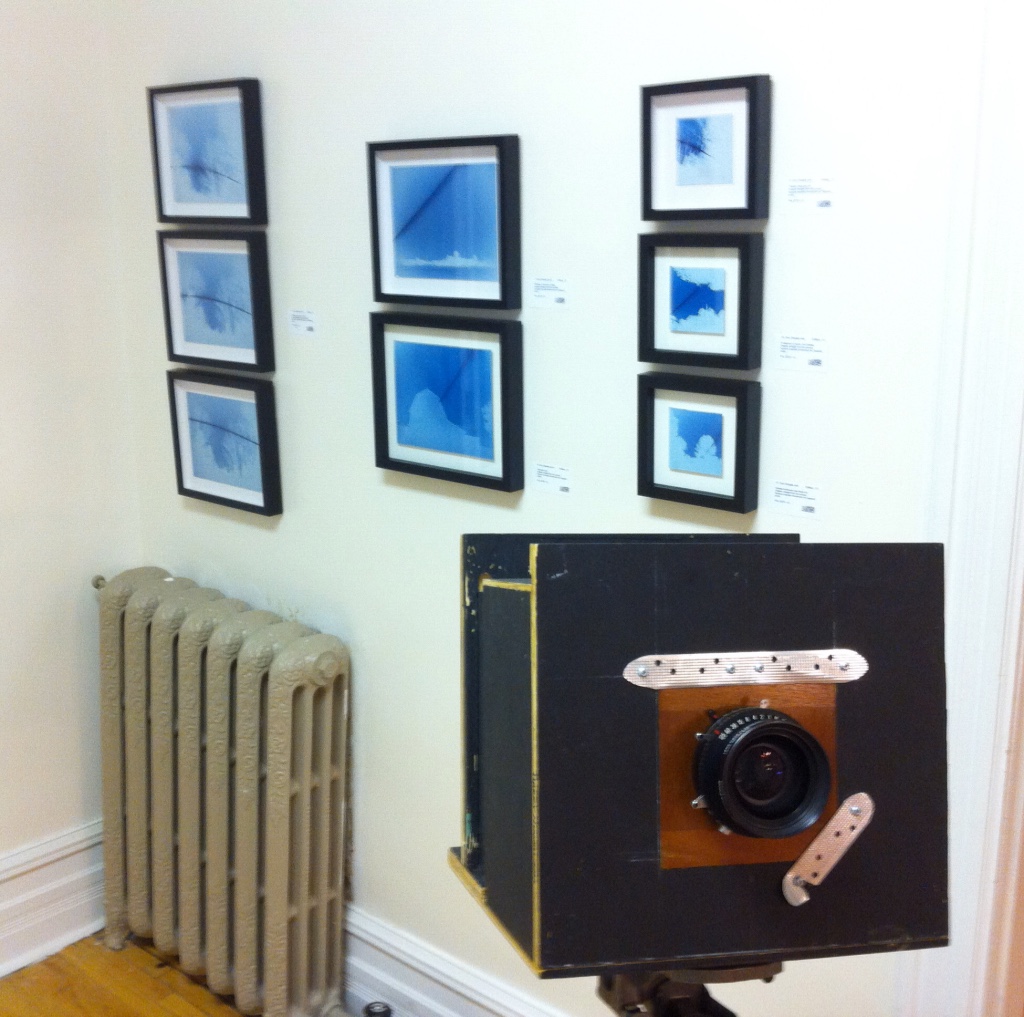 The 8×10 home made camera with SunStreaks. The camera and tripod weigh 50 pounds.

No negative or digital file is created while capturing the artworks. In both projects the final paper was placed directly in the camera. Through many attempts and mistakes I honed the process to create consistent works. Part of my attraction to the processes comes from the fact that, unlike traditional photography, there is just one finished product. While I could, technically, create two photographs at the scene, each would be unique.

The show runs until April 29th.
Update!
Thanks to supporters of “Watershed.” I just sent Ottawa Riverkeeper over $150 as proceeds from sales of Watershed artworks at this show. Your purchases help support the good work the Riverkeeper does.