“I had never seen a more out of control environment – total disregard for any authority – it was ‘F— you’ on everything – if a student came into class late and was asked ‘Why are you late?’ it was ‘F— you…’ ”
Jim Sporleder; Past-Principal at Lincoln High School in Walla Walla, Washington; from CBC Ideas show: “All in the Family, Part 2.”

I recently got swallowed up by a CBC ‘Ideas’ discussion, above, challenging the norms of behaviour management in a classroom. 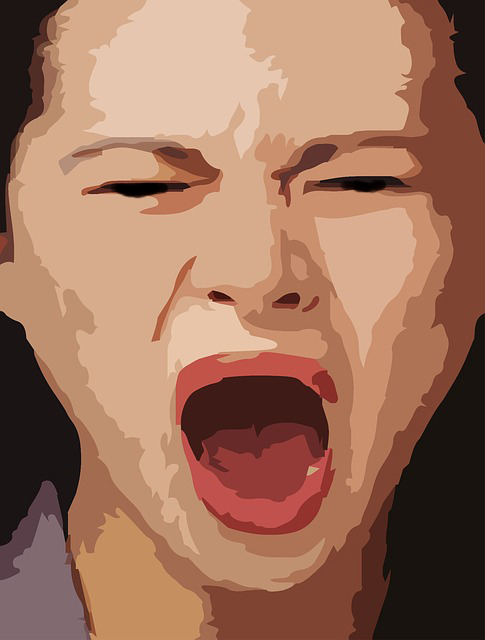 Behaviour beyond the surface.

The program, CBC’s All in the Family (Part 2) discussed the basis and context of poorly chosen behaviour. In the documentary, the teachers tried something different… they did not impose immediate consequences but instead offered support (and an opportunity) for the young person to release the underlying stresses that caused the behaviours. Results were remarkable.

Low on Options – Bad Choices
In my own teaching and observations, I have seen students making bad choices. Often, students are immediately reprimanded and disciplined based on their surface behaviours. Early on, I was sure there was more going on than what presented itself.

In my first year supply teaching, I taught a Grade 6 class. After recess I learned one of the students had hurled an abandoned bag of dog feces across the playground. Gross. Inappropriate. Alarming.

After students cleaned up and the class settled I quietly took the pooh-throwing boy aside. I gently asked “What happened?” Initially he clammed up. With some quiet support he realized I was not, as expected, about to drop the hammer on him. He talked. I listened. He shared months (years) of angst, scape-goated-ness and fallout from not being listened to. Eventually, he knew what he needed to do and we talked about options and better coping skills.

His excrement launch was more a cry for help than a premeditated act of defiance. He knew what he had done was wrong. But in the heat of the recess moment he was low on options and high on stress.

I quickly learned from experiences like this that calm and supportive actions had a far greater positive impact than traditional discipline.

Trauma and Behaviour
In the CBC ‘Ideas’ program Teri Barila discusses her work with her Children’s Resilience Initiative:
From humble, early studies she found that adverse childhood experiences caused undesirable behaviours in schools. The behaviours came from stresses outside school and were often a result of poor coping skills rather than overt choices.

As my experiences grew I had more successes with challenged students in elementary schools. One winter, a student refused to come in, lying face down in the snow. The principal was called. No one could make him budge… I was asked to wait for the boy to come in… it was cold outside. After more than 20 minutes he showed no signs of coming in. I walked out to the boy and sat down quietly a few feet from him. After much silence, I offered, “It’s hard, isn’t it?”

For the first time he looked up. After realizing he was not in trouble (again) he started slowly sharing perceived injustices from classmates and others. I listened and offered support. Slowly, I asked what he thought we should do. We went back to school. I connected with his teacher and the principal. I learned about his background. He had a tough home life, often made poor choices and was in trouble regularly. Over the next few months I was able to connect with the boy and help, slowly.

Executive Function
I was recognizing what John Medina, developmental molecular biologist, describes as an executive function becoming deregulated by long-term trauma: “When you are traumatized over a period of time you begin to understand that the world is out to get you, even though that may not be true… If you hit a dog enough, eventually they will growl at you… Traumatized children have a very fragmented executive function.” (quoted from CBC Ideas show, above.) This means students experiencing significant trauma behave differently – they do not have the coping skills to deal with stresses like many people do.

Research suggests a traumatized child will react poorly to confrontation or traditional attempts at discipline in the class.

High School Turn-Around
Jim Sporleder, Past Principal at Lincoln High in Washington State  suggests a new approach to inappropriate behaviours has a much better outcome. He turned around a tough school through listening and supporting rather than detentions, suspensions and expulsions.

In the CBC piece, Mr. Sporleder states part of the problem is teachers are pressured to meet test scores at the expense of base needs: “… test scores mean everything. ‘I don’t have time for this kid. I’ve got to get test scores up.’ … and yet when we show that we meet their social and emotional needs then we can get the learning… yet our system jumps to the top of the (Maslow) pyramid and leaves the social and emotional needs out.” (quoted from CBC Ideas show, above.)

He recognizes that, when Maslow’s basic needs are not met, students cannot pay attention to the higher needs of traditional school.

The solution?
I’d like to see more flexibility to allow teachers to specialize the learning to each individual. If student’s basic needs are met first, they will have a greater ability to absorb the learning.

While teaching my own elementary class I met a student was hiding his (lack of) literacy skills. He had come from a hard few years at home. When I met him he was falling through the cracks and didn’t want to come to school.

By focusing on his basic needs – emotional safety, belonging and self-esteem through a fun classroom environment – I made sure he enjoyed class and consequently ensured the school’s literacy programs would (eventually) reach him.

By the end of the year I received a letter from home: “Thank you for helping ‘Bobby’ achieve a great year this year. He is more interested and engaged than I have ever seen him…”

My learning continues…
Recently, I spent time observing, learning and teaching at an Ottawa school whose enrolment quickly increased by approximately 50% as it welcomed students from Syria. I was sometimes able to watch teachers whose support and nurturing made a difference to their new students. Some of the students barely spoke English. I can only imagine what the Syrians may have experienced. But what I did see were the smiles on their faces as they developed trust and the skills needed to learn.

My interest in teaching elementary school is to develop strong, confident, happy people.. For me, that includes teaching traditional subjects, but more importantly, it includes developing confidence, empathy, independence, and a desire to succeed at something.

Without support dealing with life challenges, I am afraid young people may take ‘pooh throwing’ to much greater acts of violence.
Listen, support, learn…