I mentioned I was working on a magazine assignment highlighting a downtown Ottawa ‘secret’ Olympic training site. It’s a slalom whitewater kayak and canoe course within metres of the office towers in the central core. 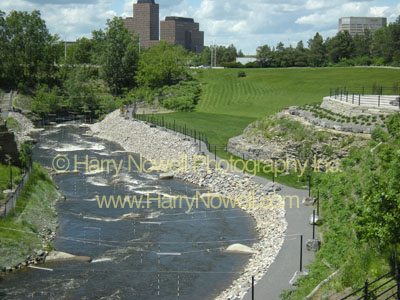 Downtown Ottawa’s ‘Pumphouse’ with downtown Hull in the distance.

Ottawa’s downtown water pumping station near Bronson and Wellington has provided necessary waterworks infrastructure for the city of Ottawa for over a century. The Ottawa River Runners have been paddling there for years. 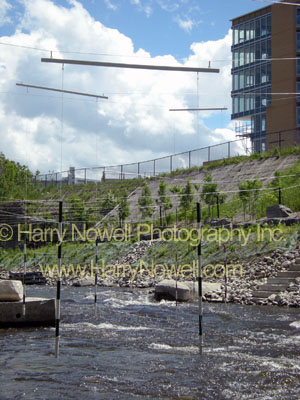 The Pumphouse at low water – LeBreton Flats development behind.

Sarah Boudens and James Cartwright – athletes training at the site – are representing Canada at he Beijing Olympics!

The feature will appear in Ottawa Magazine in the spring or early summer 2009. James Hale will be writing the article around my photos.
Harry